It’s a year of change for the BMW 4 Series. Not only does the next-generation two-door sport a new, massive kidney grille that has already managed to rile up enthusiasts, but it’s convertible model has now traded its folding hard-top for a fabric soft-top.

On Tuesday, the German luxury automaker finally unveiled the drop-top variant of the 2021 4 Series. Convertibles always have a distinct personality all their own, but this specific model, in addition to being a marked improvement upon its predecessor, gives the car an added layer of elegance. 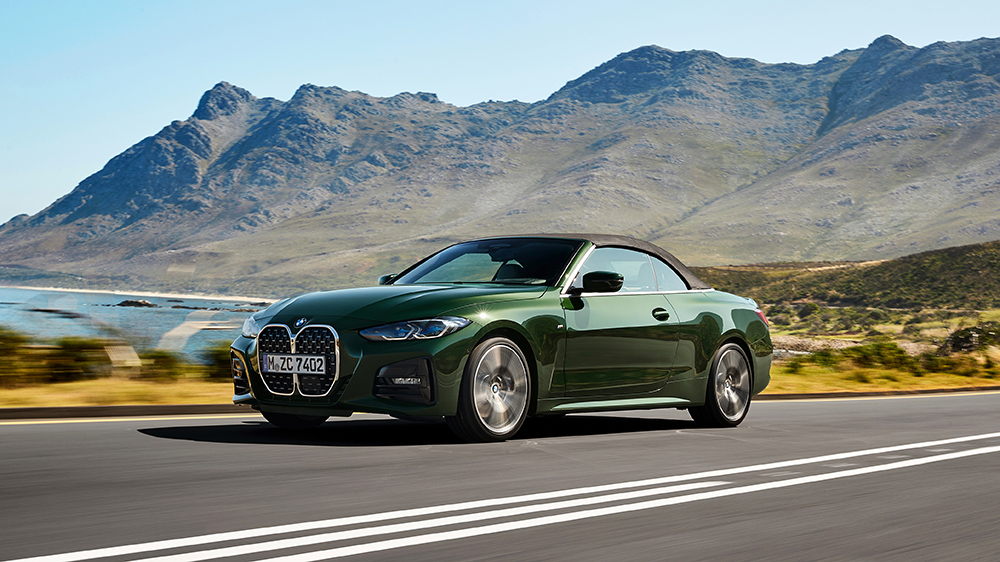 Any conversation about the 4 Series has to start up front with the car’s giant vertical kidney grille (which also appears on the just-unveiled M3 and M4). Though BMW’s grilles have been growing in recent years, enthusiasts weren’t ready for one this big. Thankfully, the fabric-top convertible softens the coupé’s harsher angles and adds a sense of refinement. Amid the spate of more modern hard-top convertibles, the soft-top brings a more classic, throwback feel. 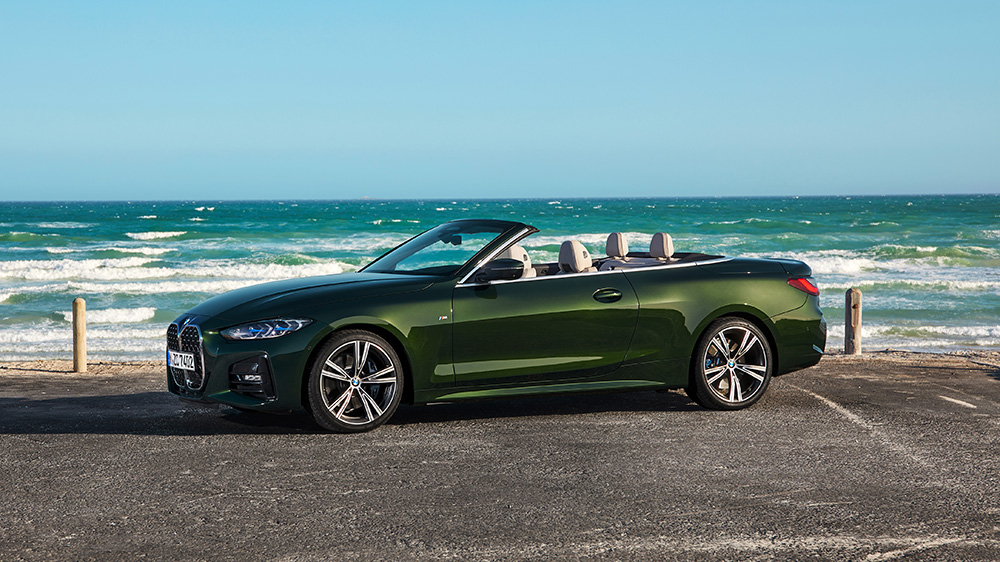 The benefits of a soft-top aren’t all superficial. In addition to being significantly less bulky than a folding hard-top, the 4 Series’s fabric top is 40 percent lighter despite some serious interior padding, according to the automaker. This means that the top fits easily into the car’s trunk and doesn’t affect how it drives or handles despite the added weight. It also can be electronically opened or closed within 18 seconds, as long as you keep the speed below 31 mph. The soft-top is available in two colors, flat Black and shimmering Midnight Black.

As with the coupé, American buyers will have multiple powertrain options to choose from with the 4 Series convertible, including gasoline and diesel motors. The entry level 430i is powered by a B46 2.0-liter four cylinder that can produce 255 horsepower and 295 lb-ft of torque, while the top-of-the-line M440i has a B58 3.0-liter straight-six capable of churning out 382 horses and 369 lb-ft of twist. Whatever convertible you choose, it’ll feature an eight-speed automatic transmission, though an eight-speed Steptronic Sport transmission with new Sprint function will be available soon as an option. You’ll also be able to choose between rear-wheel drive and all-wheel-drive. 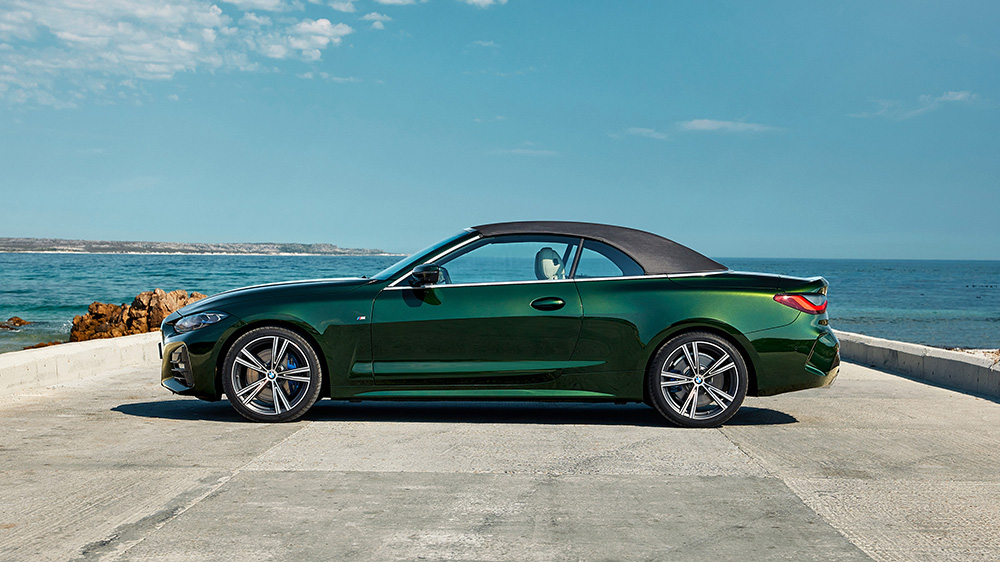 The 4 Series convertible will begin making its way to dealerships next March. The entry-level 430i starts at $54,095, while the range-topping M440i starts at $66,995. Options, like the $2,000 all-wheel-drive system, will certainly send those prices northward.