Johannesburg – The ANC National Executive Committee (NEC) meeting on Sunday was again dominated by infighting of the two factions.

In a virtual conference designed to discuss the party’s renewal and preparation for the 2021 local government election, the first session was overshadowed by legal opinions on whether ANC secretary-general Ace Magashule should step down following his arrest last month and ANC NEC member Pravin Gordhan’s admission that he was a part of the creation of the controversial SA Revenue Service rogue unit.

Making a startling appearance on the virtual screen was former president Thabo Mbeki. He has not attended an NEC meeting since being fired at the 2008 gathering.

Mbeki is believed to be “running on a Cyril card” and brought in to counter former ANC treasurer-general Mathews Phosa’s legal opinion on Magashule. Phosa penned a legal opinion stating the unconstitutionality of removing Magashule from his position. Mbeki, an old rival of Phosa, is tipped to argue for Magashule to step down.

Mbeki was defeated by Jacob Zuma, an ally of Magashule, at the ANC’s 52nd conference in Polokwane. At 8.30pm on Sunday, Mbeki was still in the virtual meeting going through documents on his desk.

Mbeki has since not been available to answer questions from The Star.

Sources inside the NEC have told The Star of clandestine meetings between President Cyril Ramaphosa’s key backers and Mbeki with the aim of repositioning Mbeki in the ANC.

“Why do you not fire Pravin? Any confession of a rogue unit is illegal. In any other country he would be arrested. But people will be arrested for lack of oversight,” Bongo said.

In August, Ramaphosa penned a letter in which he told ANC members who had been formally charged with corruption and “other serious crimes” to immediately step aside from the party, legislature and government leadership positions pending the finalisation of their cases.

Ramaphosa, however, faced a battle because his close ally, Speaker of Parliament Thandi Modise, was facing criminal charges after she allegedly abused and starved animals at her farm.

Ramaphosa’s supporters are said to be rallying for Magashule to step down.

A National Working Committee source said on Sunday that if Magashule was recalled, the Top Six would collapse.

“If Magashule steps aside, we will have to go to an early conference to decide on a new leadership.

“The SG was elected as part of a structure. There has never been the election of only an SG. If Magashule isn’t good enough, we will elect a new leadership, the same way we did at Nasrec.”

With legal opinions already placed before the NEC, it is expected to decide how to proceed over the coming days.

In his legal opinion, advocate Mashudu Tshivhase said if any structures required the removal of any of its elected leaders the views of the individual members who elected the leadership of their choice could not be easily disregarded as this was not a master and servant relationship or an employer and employee relationship.

“The ANC NEC should consider getting the views of those individual members and/or branches which nominated and elected any leader, which, according to the other members of the NEC, hold a view that such a leader needs to voluntarily step down.

“An elected leader cannot be removed on account of any other person’s pleasure, disregarding the rights of those who elected such a leader to office. Democratic process is an inclusive process. Rights which individuals hold cannot be easily ignored, irrespective of the circumstances,” argued Tshivhase.

Another legal opinion, this time by advocate Dali Mpofu, argued that calling on leaders charged with corruption to step aside was invalid and unenforceable as this constituted an infringement of members’ rights as it went against their constitutional right of being presumed innocent until proven guilty. 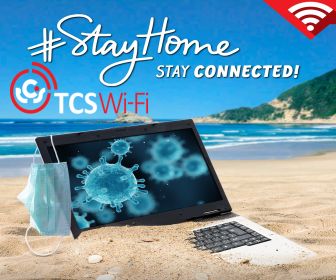